I have two ersatz sisters, both younger, both very bright and both inveterate readers, like me.  Recently, my sister Mary recommended a book called the Cuckoos Calling, written by Robert Galbraith, which is a pen name of J.K. Rowling who has authored the Harry Potter books.

I read it over Christmas, and as a fan of detective novels, this just filled the bill for me.  I wound up loving it and wishing that it would not end quite so soon.  The good part is that Rowling says this will become a series, and I am already looking forward to the second one.

Now, I am not one for disecting a book, or picking it apart to criticize certain parts.  I tend to like most of it and just kind of gloss over any parts I am not so fond of. 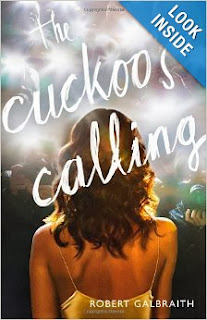 This book was right  up my alley.  Rowling is a terrific character developer, the main detective was so well done as was his assistant.
If you are fond of the detective novel, I am betting you will love this book and I am happy Rowling is paying more mind to us grown ups.

Some commentary on this book from Amazon:

"Robert Galbraith has written a highly entertaining book... Even better, he has introduced an appealing protagonist in Strike, who's sure to be the star of many sequels to come.... its narrative moves forward with propulsive suspense. More important, Strike and his now-permanent assistant, Robin (playing Nora to his Nick, Salander to his Blomkvist), have become a team - a team whose further adventures the reader cannot help eagerly awaiting." (Michiko Kakutani, The New York Times)

"An extravagant, alien, fascinating world for its characters to explore...great pleasures." (Slate)

"THE CUCKOO'S CALLING reminds me why I fell in love with crime fiction in the first place." (Val McDermid, bestselling author of The Vanishing Point) --internet

Visit your local library or bookstore for this one!

Thats right, today would be my Dad's birthday, December 24th.  Because the festivities of Christmas Eve were coming right along, nobody EVER made a fuss over his birthday.  He always said he never even got a present or anything when he was a kid.

So when Christmas Eve day rolls around, my thoughts just naturally go to all the people who were born on this day, or Christmas Day, and get their celebration tossed in with the Christmas Festivities.

For all you people who are having an unheralded birthday today or tomorrow, I even went out and got a flashy cake.  Its one that would have been just right for my Dad some years ago but now he would be well past 90 and closer to 107 if he were still living. 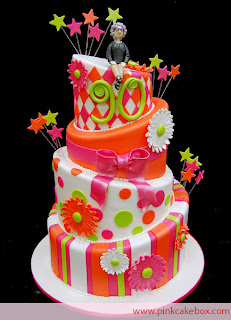 But he is gone, and he leaves behind him all you kids who were born on his thankless day.  Now you can say its an honor to share the Birthday of our Lord and it is, but when you are a kid, that is not so easy, is it?

Happy Birthday to all you Special People, with Moms and families thinking of special things to do for your Christmas children.

Oh, and Happy Birthday, Dad, wherever you are!

Let's Sing, Shall We? 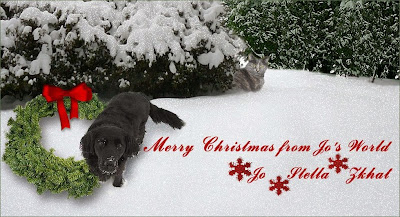 Let us sing another wonderful Christmas Carol together, shall we?  Yes, I get to pick, I always get to pick. So here is another very favorite Carol called The Carol of the Bells:


Hark! how the bells
Sweet silver bells
All seem to say,
"Throw cares away."
Christmas is here
Bringing good cheer
To young and old
Meek and the bold

Ding, dong, ding, dong
That is their song
With joyful ring
All caroling
One seems to hear
Words of good cheer
From ev'rywhere
Filling the air

On, on they send
On without end
Their joyful tone
To ev'ry home

[Repeat from the beginning]

Now if you don't know this one, just go to Google and type it in.  You will get lyrics, music and even a choir DVD. (We could be that good, all of us singing.)

Thanks to Ann Adamus for the Christmas card.  I only hope Zkhat doesn't see herself out in the snow with Stella, she would probably have serious heart palps!

How we amuse ourselves in the winter!

Its not so easy to stay amused in the winter time, but I must admit some Youtubes make it much easier.

Like me, our Texas pal Teresa is a fan of the Crow and the Raven. So I think she will love this http://www.youtube.com/watch?v=hyp0zW9q8jU because I certainly did.

Thank you all for your suggestions about photos.  I am going to go check on the external hard drive and maybe try some CDs too.  We will see what a little conversation at Radio Shack will tell me!

It stays so cold here, and windy too.  Hope its comfy where you are!

A Few of my Favorite Things!

A computer tech told me I had to get rid of some pictures, either toss them, or put them on a disc or whatever.  But how can I?  I love all my pictures, old pics, new pics, long ago people, new people. . .

Hello Evfurry Buddy!  Stella here.  Yesterday, it was a big snow and me and Mom went out to shovel.  She told me I could go with no string if I stayed right with her or in our  yard or the big lot next door.  So I did!  I had a good time just walkin' around on my own and it was nice with lots of new snow.

Mom was gonna take some pictures of me, but the battery was out so she said we'd do it tomorrow.  So today we got up and after a while we went outside but it was way colder today than it was  yesterday!  Like below zeros!  Tonight its supposed to be 20 to 25 below zero!  Way too cold for fu rry critters like me even!

So here is what I said to my Mom today when she was trying to take my picture:


LEMME IN THE HOUSE! 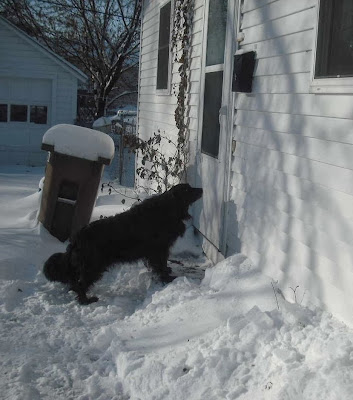 While I was having fun walking around with no string attached, I was thinking of something else that
would be nicer.  I wonder if  Mom would let me slccp on her BED!  So much cozier and warmer than mine is!  Do you want to bet she will or she won't?

I hope you are keeping warm in this weather and its all not too hard on you.

We send warm hugs for a nice weekend! 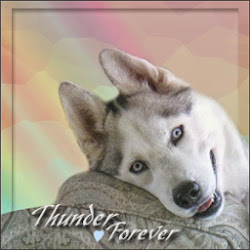 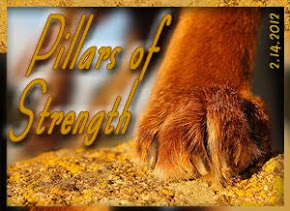 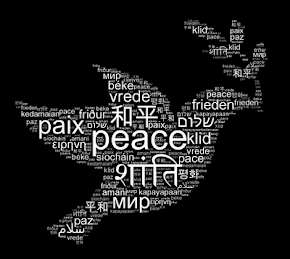 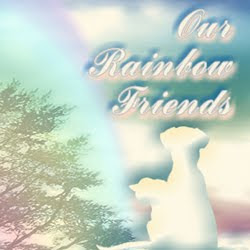 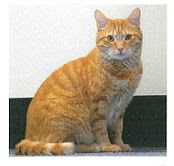 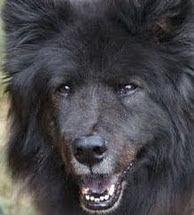 Tsar of the Portugese Water Dogs 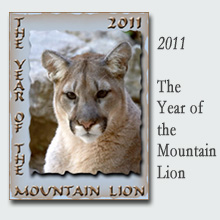 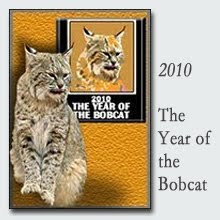 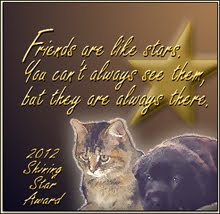 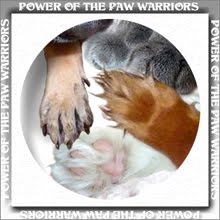